​iTunes​ I Spotify I AMAZON

What the critics are saying about Off Beat (2017 Capri Records)
"A highly recommended disc by a rising star in the jazz firmament."
- All About Jazz

"Her sophomore CD, "Off Beat," is sure to appear on many a list of the year's best albums."
- Boston Globe

“Off Beat,” Thiroux’s sophomore release, makes good on the promise of a multitasking talent who swings her bass with a Mack-truck-powered lilt that would make her hero Ray Brown proud, and who transforms her smallish voice into a thing of delight."
- The New Yorker

"Katie Thiroux shines an old-fashioned arc-light on the keenly visceral and full-frontal physicality of her instrument."
​- Jazz da Gama 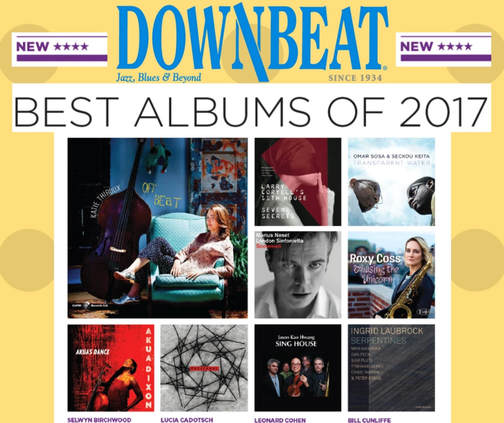 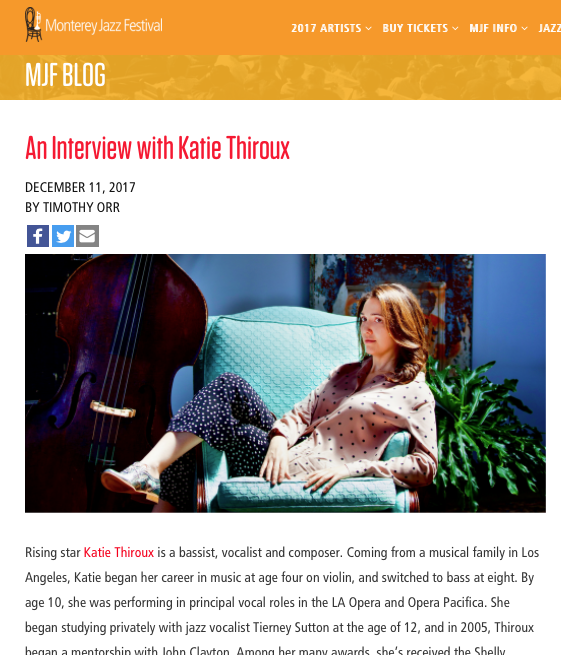 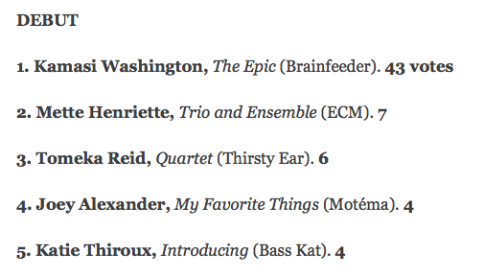 KPCC/NPR Feature on "The Frame"
​(click picture for audio link) 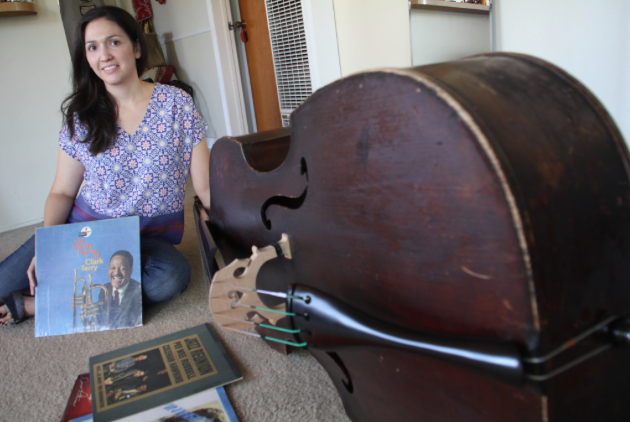 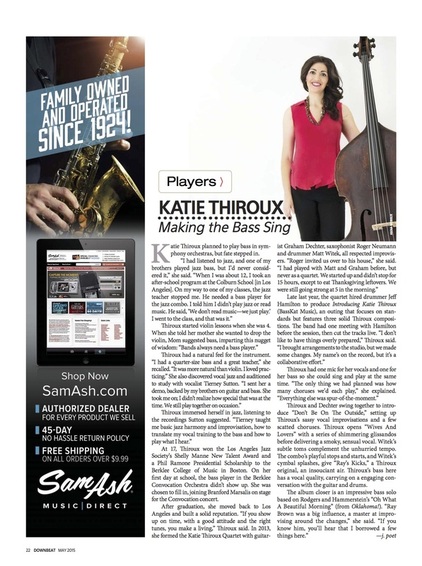 Katie Thiroux was selected as a featured "Player" in the May 2015 Downbeat.
﻿"Move over bassists who can sing, Katie Thiroux is here, swinging relentlessly. Soon, her unbridled ingenuity in both aspects of performance might be legendary." - Raul da Gama
(Jazz da Gama)﻿
*
"This bassist-vocalist-composer is flat out phenomenal." - Dan Bilawsky
(All About Jazz)
*
"Thiroux is a legit jazz triple threat!" - Brent Black
(Critical Jazz)
*
"Thiroux's bass playing is superlative, reflecting her admiration of Ray Brown to whom she pays homage on the original composition "Ray's Kicks." Her soloing summons the spirit of that great musician. She can swing the blues as Brown could." - C. Michael Bailey (All About Jazz)
*
"Thiroux focuses on selecting the right note at the right time, proficient at self-editing--a true measure of craftsmanship." - Owen McNally
(WNPR)